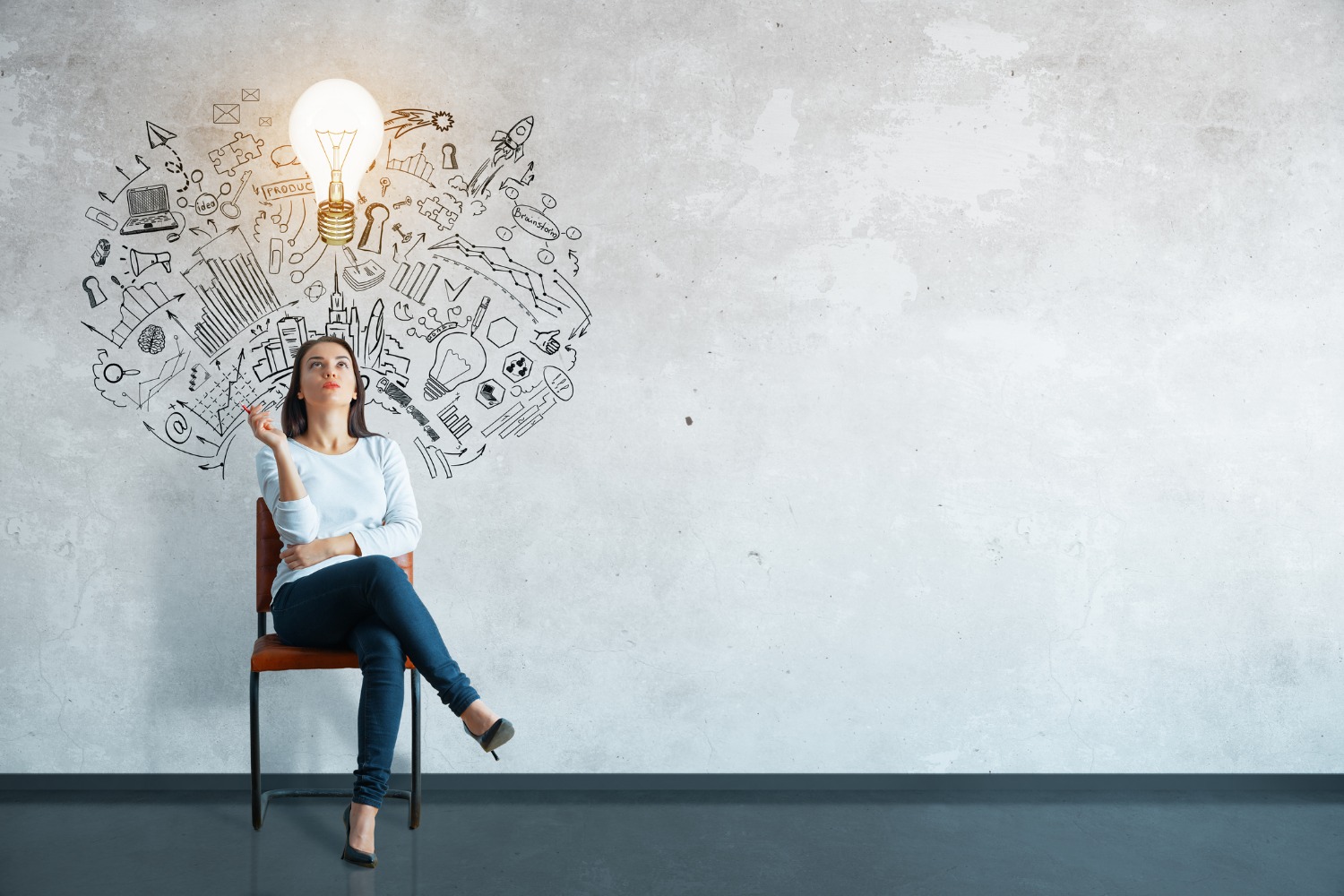 In case you aren't already completely saturated with supposed insight about the upcoming election, we thought you might like to hear our perspective. If like many, you've been worn down by incessant partisan commentary and are subsequently fed up with politics then we will not blame you for deleting this email without reading further.

As you know, we don’t make binary bets, but we have recently increased our exposure to the assets which will be affected positively by the two most likely outcomes (Conservative majority or a Conservative led coalition government), namely Sterling and UK equities.

Consequently, if a Labour majority coalition prevails, our loss would be an opportunity cost from a fall in Sterling, although as the article by Gavekal below explains, this may be short lived. We currently have approximately 17% in a mixture of currencies outside Sterling, that is where we feel comfortable at present in assessing the foreign exchange risk from either direction. As you know, our approach is nimble and reactive and we will be able to alter this if we feel it necessary.

UK equities would clearly fall if Labour had the controlling hand post-election. Foreign earners representing the bulk of the FTSE 100 would fare better than our natural hunting ground of mid and small caps, which we would need to reduce exposure to in this scenario. It is worth noting however that these assets are currently trading at a 20% discount to UK large caps, so in the most likely scenarios these could rally significantly, something which our friends at Goldman have recently pointed out.

Occasionally, we see research which reflects our views. The below article from Gavekal written by Anatole Kaletsky, deals with Sterling and echoes our view.

As always, if you have any questions then please get in touch.

Learn To Stop Worrying And Love The Pound — by Anatole Kaletsky

Sometimes, markets just get things wrong. The anxiety about a “no deal” Brexit that has kept sterling deeply undervalued all this year is a case in point. Since early January, when the UK parliament rejected the withdrawal agreement negotiated by Theresa May, investors have been panicking about a “no deal” Brexit, and I have been urging clients to buy sterling (see Brexageddon). Not because I became less gloomy this year about the serious and permanent damage that will be done to Britain by any form of Brexit, but simply because a “no deal” rupture of the kind that has been preoccupying investors, businessmen and politicians across Europe is the one version of Brexit that can be confidently ruled out.

Trading against a “no deal” Brexit was decently profitable in the period leading up to the original Brexit “deadline” of March 31. In fact, the pound became the strongest G7 currency in the first quarter. But the panic about “no deal” quickly returned in the spring and summer, when the European Union and British government created a series of additional fake deadlines: April 12, then June 30 and “finally” October 31. After parliament voted to extend this “final” deadline, the pound quickly rebounded and again became the strongest currency in the G7, despite Boris Johnson’s promise to “die in a ditch”, rather than follow the new law. When Johnson predictably broke this promise and extended the deadline and called a general election, buying sterling at US$1.29 seemed like a no-lose proposition.

The only serious question became whether sterling would end up at US$1.40 (if Johnson won the election and implemented his Brexit deal) or at US$1.50 and above, in the rather less likely event that the Tories failed to get a majority and the opposition parties united to hold a referendum and cancel Brexit.

Yet today, a month after the election was called and 10 days before December 12, when voters will give their verdict, the pound remains at US$1.29. Markets seem again to be paralyzed by fears, now of a new type of “no deal” crisis. With most opinion polls pointing to a clear Tory win, investors have started worrying about a rupture between the UK and Europe if Johnson fails to negotiate an EU free trade agreement by the deadline of December 2020 arbitrarily set in the Tory election manifesto. Others, observing a narrowing of Johnson’s poll lead—down to 9pp this weekend from 13pp a week earlier—fear an electoral upset that could make Jeremy Corbyn, an unrepentant Marxist, prime minister in a Labour Party government bent on punitive taxation, nationalizing industries and reviving 1970s-style class warfare.

Both these anxieties are unjustified. The possibility of an EU-UK economic rupture of the kind that caused anxiety when Johnson was elected Tory leader in the summer, has become negligible. And, in the unlikely event that Corbyn wins out, there is literally zero probability that any of the radical policies in Labour’s manifesto will be implemented, because the only conceivable alternative to a Tory victory is another hung parliament, in which Labour falls far short of a majority and must rely on other parties to govern.

Moreover, this government would exist solely for the purpose of negotiating a new “soft” Brexit deal, similar to Norway’s membership of the European Economic Area, and then holding a referendum to endorse the new agreement or cancel Brexit altogether. Once this “final say” referendum was completed, another election would become inevitable, because there are no other Labour policies that other parties would support.

What about the election’s more likely outcome, that Johnson will win? The fears now are about a new kind of “no deal” crisis, stemming from concerns about the post-Brexit transition period, when the UK will retain the benefits and obligations of EU membership, but will be formally outside the EU.

The withdrawal agreement signed in October stipulates a transition period until the end of 2020, with a possible extension for a further two years. Reacting to hardline denunciations of “Brexit in name only” Johnson has stated in his election manifesto that “we will not extend the implementation period beyond December 2020” and instead promised to negotiate a full UK-EU trade agreement within 12 months. That won’t happen: no two major economies have ever negotiated a trade agreement in less than 3-4 years. To make matters worse, the withdrawal agreement requires that the decision on whether to extend the transition be taken in June, fuelling concern (sometimes bordering on panic) about a new “no deal” deadline on June 30.

Such fears are groundless. Why take Johnson’s promise not to extend the transition at face value—or any value at all? Johnson promised repeatedly to leave the EU by October 31 “with no ifs or buts, come what may.” And after parliament passed a law requiring this deadline to be extended, he promised to “die in a ditch” rather than obey it. But when October 31 arrived, all Johnson’s “secret strategies” to evade the law turned out to be illusions, and he secured the extension without much fuss. If Johnson now wins re-election, after breaking one of the firmest pledges ever made by a UK politician to voters, why would he face adverse consequences from breaking another, less important promise, of which few ordinary voters are even aware?

From a strictly economic standpoint it is therefore reassuring that “Johnson’s career rests on casual mendacity” to quote the Financial Times’s chief political commentator. In trying to predict how leaders like Boris Johnson or Donald Trump make tough decisions, we should generally pay less attention to promises than political and economic interests.

If Johnson is reelected, what will be in his economic interest? His top priority will be to demonstrate that his “fantastic Brexit deal” has made leaving the EU a painless process and miraculously stimulated economic growth. To risk a financial crisis during his first year in office would be crazy, whether by ruling out an extended transition or by accepting a breakdown in trade if, as is almost certain, an EU trade agreement cannot be completed in just 12 months. Johnson’s clear economic interest will therefore be to extend the post-Brexit transition beyond December, probably for the full three years.

What about political interests? So far in his time as prime minister, Johnson has relied on hardline Brexiteers in Parliament to sustain him, and the key to his electoral strategy has been to outflank Nigel Farage’s Brexit Party. To achieve both these goals required him to reject any possibility of extending the post-Brexit transition. But these political calculations will soon reverse.

In terms of public opinion, outmanoeuvring the Brexit party will become irrelevant once the election is over. Moreover, many pro-Brexit voters will be satisfied once Britain leaves the EU’s political institutions, without worrying about the trade and market negotiations that continue at tedious length.

The parliamentary leverage of hardline Brexiteers will also diminish after the election. Johnson needed such people to elect him as leader and keep him in office without a majority in Parliament. But all Tory MPs have now committed in writing to vote unconditionally for Johnson’s withdrawal agreement. If they win a majority, the Tories will pass the withdrawal agreement. And once that has happened, future negotiations on EU trade, including the transition arrangements, will no longer be subject to parliamentary approval until a deal is completed, whether in 2020, 2021, or beyond.

The upshot is that UK-EU economic relations will remain almost unchanged for a long period, whatever happens in this month’s election. If Johnson loses, Brexit will be delayed and probably cancelled. In the likelier event that Johnson wins, Brexit will go ahead and will cause Britain long-term damage. But in the year ahead, Britain is almost certain to enjoy a boom as the risk of “no deal” vanishes, while Johnson opens the fiscal spigots, pumping out government money and tax cuts. In short, with sterling still trading below US$1.30 investors would do well to show more courage: it is time to stop worrying and learn to love the pound.