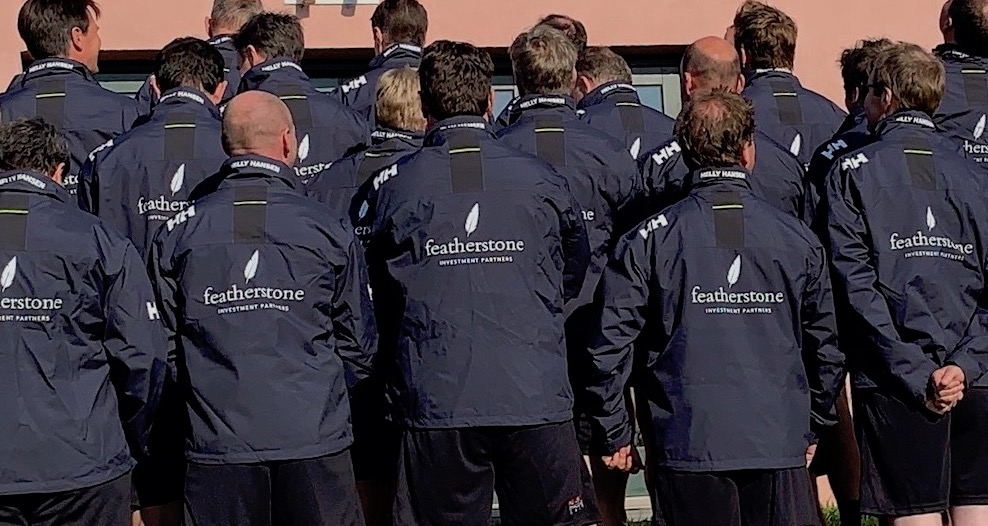 Congratulations to all the prep school headmasters who completed the Heads Up Challenge. The team have so far raised a staggering £92,278.16 for mental health charity Place2Be. They are so close to their target of £100,000... if you would like to read about the challenge or make a donation, please click this link

This summer, Sid Inglis, Headmaster of Elstree School, led 20 other headteachers from independent prep schools in completing a mammoth challenge, raising an even larger amount of money for a fantastic mental health charity. Heads Up for Place2Be has so far raised 97 per cent of its £100,000 target. Find the team’s Just Giving page here to sponsor them with a donation.

The expedition, as imagined and organised by Sid Inglis, took place on 27 August (whoever said school holidays were for relaxing?!?) in the testing Pembrokeshire countryside. The headteachers were first faced with a three mile sea kayak, followed by a 50 mile bike ride and finishing with a 12 mile hike along the coastal path, reaching the finish of their dusk ’til dawn challenge at 21:00.

Tom Bunbury, Head of Papplewick, Ascot remembers feeling ‘more than slightly nervous that entering this challenge might just prove to be a mid-life crisis and I may be found lying collapsed somewhere on the Pembrokeshire coastline.’ However, he continues that ‘Sid Inglis captured my imagination with what I thought was the inspired idea of “Heads Together” for the “Heads Together” mental health campaign, so well supported by the Duke and Duchess of Cambridge.’

Martin Harris, Headmaster of Cheam School said, ‘Despite the surprising number of different interpretations of the word “training” used by the participants, each Head attacked the long day’s activities with vigour. There is no doubt the wet suits and Lycra (or “sporting gear” as the Heads preferred it to be known) suited some more than others, but the commitment showed by all was impressive.’

The weather conditions on the August Bank Holiday were perfect, which meant the first leg of the headmaster’s expedition, the 3 mile sea kayak, while no doubt tiring, was on steady waters so the heads could plough through the sea without having to battle with the angrier side of Poseidon!

Stunning weather and surreal scenery prompted Ben Beardmore-Gray, Headmaster of Moulsford Prep School, to say: ‘Undertaking this challenge in the beautiful outdoors with so many like-minded other Heads, reminded us all of the value of taking some time out to talk and share thoughts, ideas and experiences. The whole venture was a perfect fit with our chosen charity Place2Be.’

The lycra-clad peleton powered through their 50 mile bike ride, although as Harris explains, it was no Sunday afternoon trundle – ‘After only one mile of the cycle the first of a number of very steep hills revealed those who had trained properly and those who’d bought bikes better suited to the morning croissant run to the local bakery. This Headmaster certainly found that the hills of Berkshire paled in comparison to the mighty Welsh mountains!’

Despite those pesky Pembrokeshire hills, and all the other trials and tribulations the day would throw at the team of heads, at no stage did they need to worry about team members falling by the wayside. Neil Brooks, Headmaster of Cranleigh Prep, explains ‘Since we were promoting  a charity that supports mental health and well-being, we adopted a “no-one gets left behind” approach which made the whole experience a great team effort.’ This attitude served the group well, as they started together and finished together!

There can be no doubt that we are amidst a crisis of a mental health epidemic among young people, and as prep heads, this group have seen the terrible effects from the front line.

Simon Barber, Headmaster of Ludgrove School explains why this expedition was so important. ‘If you want a happy school where your students can achieve their best, you have to be conscious of the mental health of your student body and that is where Place2Be can help. Among other things, the charity puts counsellors into schools for young people and trains teachers to look out for pupils who may be experiencing difficulties. The Heads Up group believes that every child has a voice and every child is important, no matter how small.’

This sentiment is shared by St George’s, Windsor Head, William Goldsmith, who adds ‘Every single one of our schools are determined to put emotional wellbeing right at the heart of everything we do and Place2Be offers invaluable support to many children across the UK.’

Sid Inglis explains how it came to fruition. ‘We regularly take our year eight boys to Pembrokeshire for their leavers’ trip at Preseli Venture. A short meeting with Sophie Hurst, the co-founder of Preseli, inspired me to host the challenge there. I invited 25 Prep Schools Heads to join me. Fortunately, I managed to persuade 20 of them to be part of the challenge. Their response was brilliant, and they all invested a huge amount of time training and fundraising.  There was a lot of organisation involved, but absolutely worth it for the rewarding outcome.’

It is sometimes the case that school children can feel somewhat detached from their headteachers’, but among everything else this brilliant group have achieved, they have ensured their pupils are able to recognise them as head teachers who lead by example. Cothill House head, Duncan Bailey says how it is important for heads to inspire their pupils: ‘We often talk to pupils about courage, self belief, teamwork and resilience and it was important, and very powerful, for them to see us challenge ourselves in new and different ways.’

When asked if there were any more Heads Up challenges in the pipe line, Sid Inglis’ enthusiastic reply was ‘Definitely.  We all got so much out of the challenge in so many ways that I am sure that we will plan another one.  I would love to make it an annual event, even if it is not always for charity.’ Watch this space for the next epic challenge!

School House would like to add our congratulations to all of the Heads Up for Place2Be team for completing this amazing challenge and raising an overwhelming amount of money which is going to benefit so many!

Place2Be is a national charity, founded in 1994, which provides over 600 schools with emotional support to children and young people.